Managers must put the brakes on back stabbing 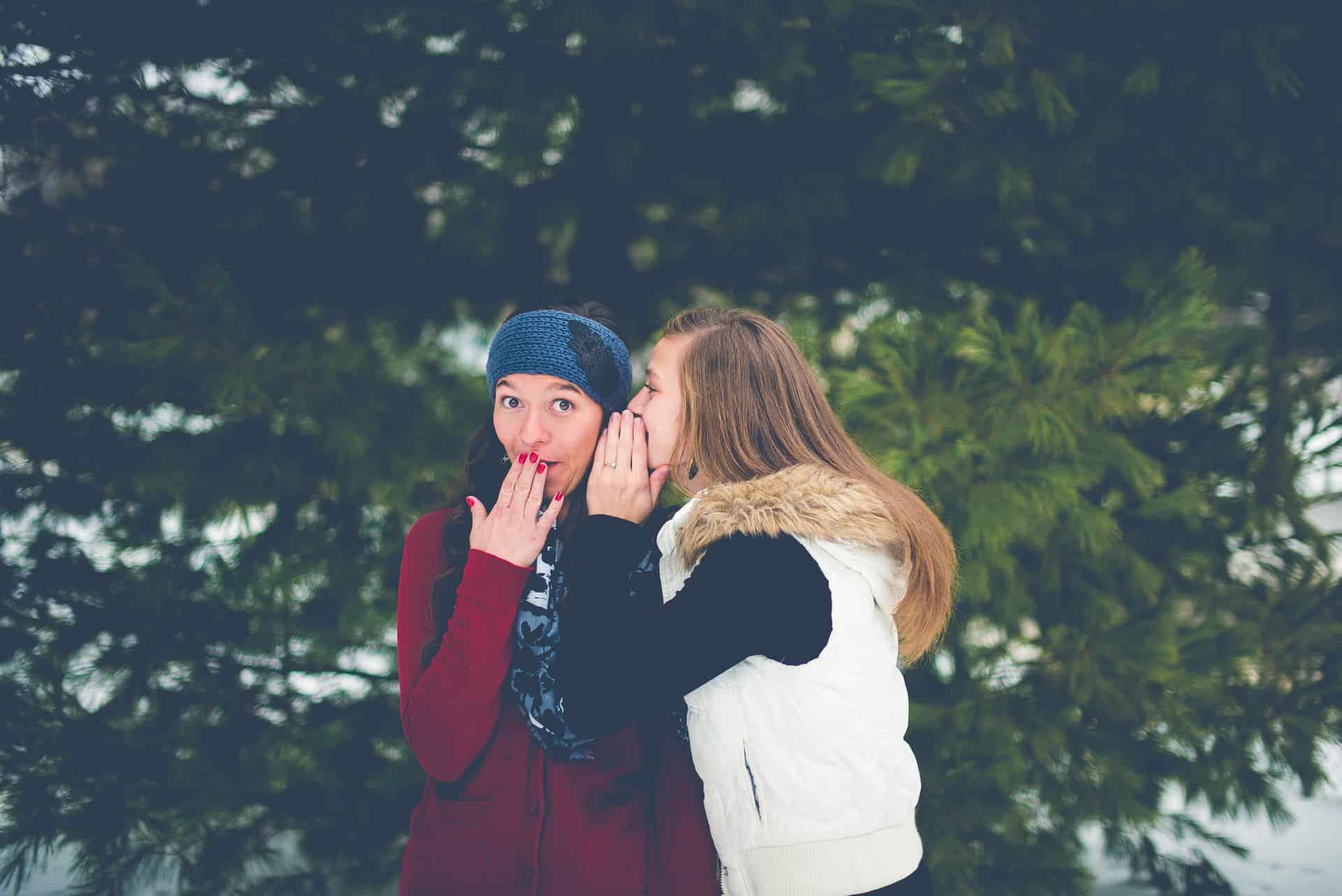 This column, Managers must put the brakes on back stabbing, was previously published in the Washington Business Journal by Dr. Lynn Friedman, Sept 17, 2007.

You are an officer of the board of trustees at ABC Corp., and you have become aware of dissension in the ranks. Beleaguered by constant gossiping, backbiting and insubordination, the corporate workplace is not a happy one. Despite the poor morale, only the stars seem to leave. Unhappy staffers regale John, the president, with their petty conflicts.

He acknowledges: “I don’t know what’s the matter with my V.P.’s. They have trouble managing their staffers.” He adds that he has to intervene often, overruling their decisions. Despite his resentment at having to become involved, he is pleased that his employees feel they can turn to him.

It’s hard for John to understand why the staffers aren’t more appreciative. After all, the corporation has some of the best benefits in town.

Recently, John has learned of a troubling scapegoating incident. In what he regarded as a remarkable coup, he hired Mary, a vice president, away from a more prestigious organization. Bright, interpersonally adroit with a proven track record of successful management and sales, she is a woman on the rise. He would like to retain her. ButMary’s subordinates are not as enamored of her as he is. Through the rumor mill, John learned that one of Mary’s staffers, Susan, approached her saying: “You should have never come to work here. You won’t fit in. You should just quit.”

You suspect that John is confiding in you because he is worried that you might learn of these difficulties from someone else. He tells you, “I hope that Mary has what it takes to win Susan over.” John knows Susan can be tough and challenging, but she is also bright. Besides, he tells you, she has worked for the company for years.

As he considers the situation, John is perplexed as to why Mary with her ostensibly excellent leadership skills cannot manage it herself. He muses that none of the staffers ever treats him with this sort of disrespect.

John did not hear about these troubles from Mary, so he is uncertain what to say or even whether to say anything at all. Perhaps, he should make it clear to Mary that it is her job to ingratiate herself with her staff. He is annoyed at being saddled with this concern. He considers sending Mary for communication skills training.

Aware that scapegoating is epidemic in the organization and that many of the other vice presidents are struggling with similar challenges, he wonders if this is part of a broader systemic problem.

A larger problem. Susan’s flagrant disregard for the chain of command poses a serious organizational threat. The behavior is not only exceptionally disrespectful of Mary’s authority — it’s disrespectful of John’s. If John tolerates it, he will make it virtually impossible for Mary to exercise her authority. In contrast, if he makes it clear that Susan’s behavior is grounds for dismissal, he will be sending a message to her and the entire staff that these sorts of shenanigans will not be tolerated.

Beyond this, Susan’s behavior may reflect that she has serious problems of her own. Ultimately, it is sure to backfire. In effect, she is begging for limits. If John does nothing, she’ll think anything goes and may escalate her defiance. Untethered, eventually, she may even be insubordinate with John. Still worse, when others see that her misbehavior is tolerated, they may emulate it.

Don’t abandon Mary. Leaving Mary to fend for herself is tantamount to throwing her to the lions. She needs time to establish alliances and learn the lay of the land. If she is uncertain of John’s explicit support, she may worry that any efforts to set appropriate limits with Susan may boomerang.

Alternatively, she may fear that if she ignores Susan she will be “asking for more” not only from Susan but also from her other subordinates. If Mary is savvy, she will recognize that John’s support is essential to her success. In a worst-case scenario she may start packing, not an auspicious beginning.

A message to the other vice presidents. Mary’s colleagues are watching to see what they can expect from John when they, inevitably, encounter similar challenges. If he has a zero-tolerance policy regarding behaviors like Susan’s, he may win their trust.

In contrast, his tolerance of Susan’s insubordination in tandem with allowing staffers to make end runs will not earn loyalty. Rather, it will create an atmosphere of distrust because they may doubt whether he has truly given them authority. Uncertain of John’s commitment to them, they may feel compelled to solve problems on their own. More troubling, they may leave him in the dark while serious problems fester. The absence of trust leads to demoralization, pervasive helplessness and despair.

A message to the entire organization. Failure to nip Susan’s behavior at the bud sends a message, to the entire community, that it is acceptable. It conveys that staffers can flout their bosses’ authority and treat their colleagues with disdain. Inevitably, others will follow Mary’s lead, and bullying will become rampant.

The board — part of the problem or part of the solution? While it is conceivable that the ineffectiveness of vice presidents could reflect problems in the screening and hiring process, a more plausible possibility is that John may have some anxieties about his own standing with the board. As a board member concerned with building a healthy organization, it is important to consider the situation from John’s perspective.

Because John is responsible for the oversight of all staffers, he cannot give his vice presidents unconditional support. However, he needs to manage the delicate task of remaining alert to potentially serious problems while, in the main, backing his subordinates. Usually, this entails staying out of the day-to-day operations and encouraging staffers to take their concerns directly to their bosses. When John allows his staffers to do end runs, he opens up a Pandora’s box of trouble, creating a power vacuum.

It is unclear to staffers who’s really in charge, so they vie for position. In these situations, productivity typically declines as workers devote more time to politics than to products. With the sands always shifting, chaos and turmoil ensue. An anarchy prevails.

Considering John’s history of professional success, as an officer of the board you want to understand his behavior. Is his behavior toward his subordinates reflective of board dysfunction? For example, are board members divided as to whether to support him? Is he sensing this ambiguity and feeling insecure and uncertain? If so, a parallel process may be occurring in which John feels unsupported by the board, and, in turn, he has trouble supporting his subordinates. Feeling unsupported may lead John to be fearful of being displaced.

Understandably, this could lead to him feeling apprehensive and ambivalent about the success of vice presidents who could potentially displace him.

Thus, undermining his subordinates is, in a sense, advantageous to him. Before rushing to judgment, however, remember that these less-than-pristine motives operate outside of his awareness.

Alternatively, John may have been promoted on the basis of his non-leadership skills (for example, he may be a skilled rainmaker) and may not have developed the requisite leadership skills required to heal a dysfunctional organization.

Or he may be emulating his previous bosses with similar insecurities. Finally, John’s anxieties and self-doubts may spring from an earlier well. They may be reminiscent of childhood experiences in which he was displaced by a sibling or parent or in which he displaced others.

Whatever the reasons, it is important to clarify the kinds of dynamics that have led to the present organizational difficulties. Not only does John need to examine his role, but the board members need to do some self-examination too. Because the situation is sensitive, it could be useful for John and the board to work with an organizational consultant.

Dr. Lynn Friedman, is a psychologist, psychoanalyst, executive coach and Johns Hopkins faculty member steps from the Washington DC border in Chevy Chase, Maryland. Those interested in psychotherapy, psychoanalysis are executive coaching are welcome to call at: 301.6569650.

Retiring in place may point to management…