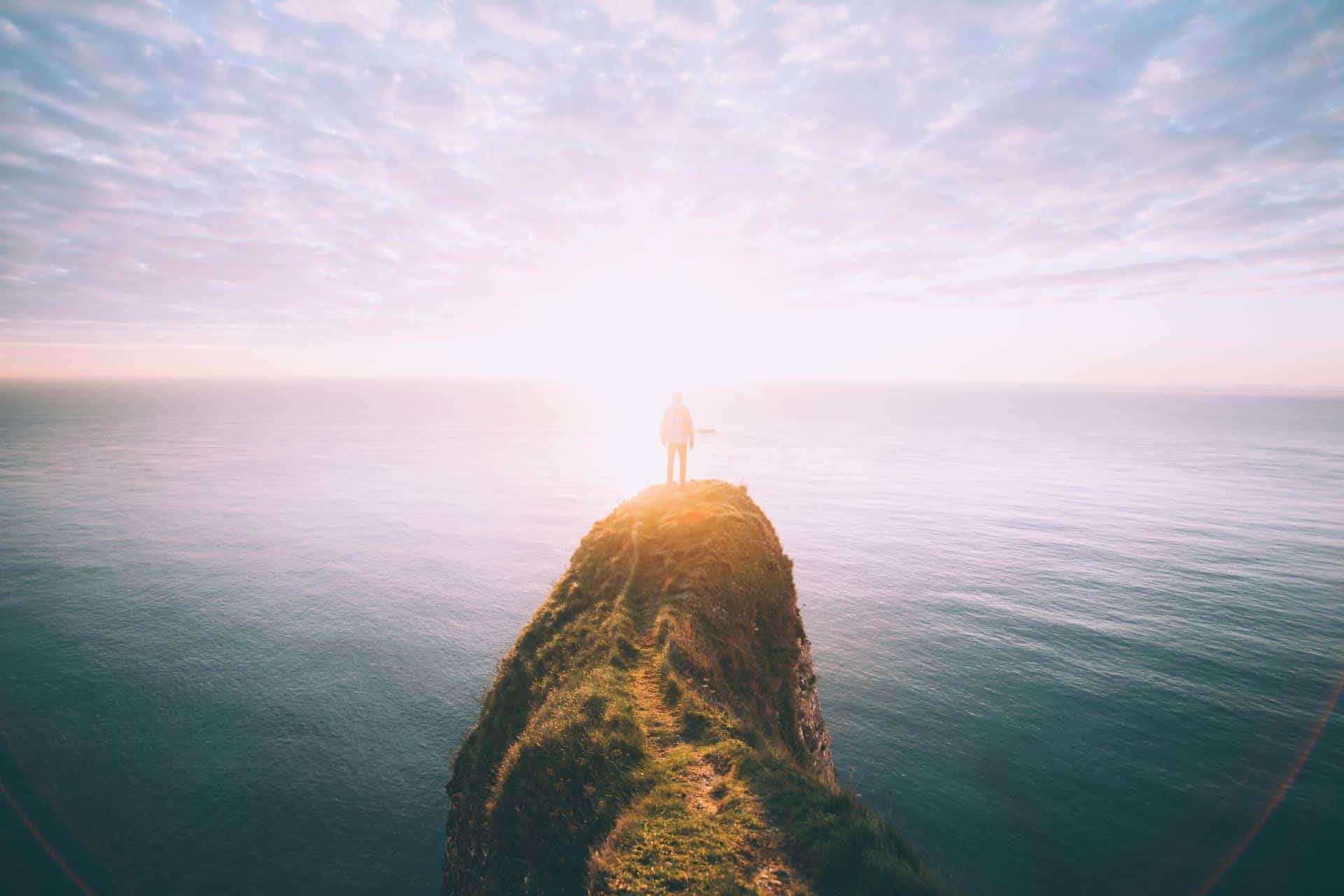 You wonder if you have a fear of commitment. You’re attractive, successful and social and STILL SINGLE. You ask yourself, why am I still single?

You have the job thing nailed down. You’re doing the work that you love for a good salary. Your career is on track. Now, you’ve decided that you’d like to do something about your personal life. You are thinking about a committed relationship or marriage and maybe children. You are accustomed to articulating your goals and achieving them. You take personal stock. You have a lot going for you. You are attractive, personable, fun, smart and outgoing. You become involved in the dating scene.

You think that you have met Mr. or Ms. Right. You share common interests, common friends and common ideas and, you believe, common goals. Then somehow, much to your dismay, things go awry.

You learn that your partner wasn’t really thinking about the, “to death do us part” thing. Not at all. Visits to the family. Visits to the ailing grandmother. Talking about a future and children. That all meant something very different to your partner than it did to you. You discover that there’s a disparity between each of your goals. Or, still worse, you thought that you had a monogamous relationship and now you learn that your “partner” was unfaithful. So, you break up or your partner does.

Whether you were several months into the relationship or several years, that kind of disappointment is truly hurtful. It’s worse, if this is not the first time. This is not something that you want to repeat. So, you talk it over with your closest friends, the ones who you really trust. To your surprise, many of them admit that they saw the warning signs but “didn’t think that it was their place to say anything”.

You’re a little miffed because you wish they would have said something. But, you can understand why they might feel that that would backfire. And too, you wonder, why didn’t you see those elusive warning signs. After all, they were apparently obvious to everyone else. You note that you are generally a perceptive person — can readily see the foibles in the relationships of others. So, what has happened here? And, how can you prevent it from, ever, happening again.

As you talk it over with your friends they each give you a list of “warning signs”. “Don’t date anyone over 35 who has never been married,” one cautions. Don’t date anyone who hasn’t had a previous long-term relationship another warns. As well intended as they may be, the lists may lead to a mis-focus. Because the real thing to consider here is probably not the conundrum of “mate-selection”. Rather, it is: why have you, albeit probably unconsciously, been drawn to someone who is unavailable. Assuming that you are a bright, competent person, this is probably not a problem of the “wrong list”. You might think of the problem with “mate-selection” as a symptom of something else that has gone awry. Think of it as the tip of the iceberg. That is, view it as an indication that something, unseen, lies beneath the surface.

If you have chosen a partner who turns out to be unavailable more than once, and you are a bona fide adult, chances are there’s a reason why you chose someone who is unavailable. It’s painful to think about. The good news is as painful thinking about it can be: thinking about it, rather than sweeping it under the rug and going blithely along to the next relationship can allow you to understand it. And, understanding it can allow you not to repeat it. You can address and/or overcome it, and truly move toward the kind of relationship that you seek.

So, why are you, in effect, playing tricks on yourself? Although each individual and each situation is unique, odds are, as strange as it sounds, there may be a part of you who truly wants a relationship and another part of you, a less conscious part, who does not. That is, there may very well be a part of you who has a fear of commitment. As a starting point to your self-discovery process, ask yourself a difficult question, “what are the advantages to NOT being in a relationship?” And, in what ways do you have fear of commitment? At first blush, most people see these as a ludicrous questions. If the answers were immediately apparent, you would have already dealt with them. Why aren’t you in a committed relationship and what can you do to overcome your fears. These reasons may include:

You are afraid of intimacy

People who are terrified of intimacy may not always be, consciously, aware of it. If you grew up in a household in which your parents behaved in ways that were hurtful to each other, to you or to a brother or sister than you may be more afraid of intimacy than you realize. This is an extremely common problem among successful young professionals who often become quite successful in their careers. Without realizing it, they allow their careers to take precedence over their lives. Work becomes to the worker as alcohol is to the alcoholic; balm to soothe the anxiety and fear. Of course, this sort of “workaholism”, quite common here in Washington, is highly rewarded. Workaholism can be a cover for a fear of commitment.

You don’t feel you deserve a relationship

This is a close cousin to the fear of intimacy. Many people, who are otherwise successful in life, do not feel that they deserve a relationship. Unfortunately, most of the time, though not always, this belief is unconscious. Thus, it is difficult to learn more about it and to resolve it. Often this type of belief comes from experiences in childhood. The person may feel responsible for something bad that happened in the family such as the death of a parent or a sibling, or the illness or drug or alcohol problem of a parent. Alternatively, the basis for the guilt might be far more subtle such as guilt for resenting a needy or vulnerable parent or sibling. Similarly, individual may feel guilty over outstripping a parent or sibling.

You fear that any relationship is destined to end in hurt or failure.

Another cousin to the first two apprehensions is the belief, again unconscious, that any relationship will end in failure or loss. This is a common concern among people who moved around a lot as children, such as those with parents in the military or in an industry where such moves were required. These people often report that every time they began to make friends and become emotionally invested they were, often over their strenuous objections, forced to uproot themselves. For some these moves were so painful that they learned to make only superficial attachments. Also, this is a common problem among individuals who had significant early losses such as a loss of a parent through death or divorce. It is important to note that the loss does not necessarily entail an actual separation, it could entail a loss of a role or status. It’s understandable that individuals with this type of experience have a fear of intimacy.

You don’t know much about what you think and feel. Consequently, you are unable to use your reactions as a guide.

Often times people who come for psychotherapy or counseling know little about what they think and feel. People with this difficulty typically report, “I don’t know why I have these problems. I had a very happy childhood”. They may have had a stressful childhood but they have denied that to themselves. Such individuals became proficient, at an early age, at turning off painful feelings. They may avoid painful feelings by throwing themselves into activities in which they are busy and successful such as work and sports. Unfortunately, not knowing much about what you think and/or feel has serious drawbacks inasmuch as feelings and thoughts often inform and guide important decisions.

You are frightened by the prospect of learning more about some aspect of your sexuality.

Another reason why an individual might select unavailable partners is to avoid learning more about some aspect of their sexuality. An intimate relationship holds the possibility of self-discovery and this can be frightening to many people.
So if you are afraid of a committed relationship, if you recognize yourself in one of the descriptions what steps might you take? How do you go about teasing apart the nature of your fear of intimacy?

Questions to ask yourself if you are afraid of intimacy

Ask yourself the following questions:

The answers to these questions may give you some insight into your fear of commitment. Talk them over with a trusted friend. Sometimes talking with a friend can help us to learn more about ourselves. However, if selecting unavailable people as prospective partners has been a recurring problem for you, seriously consider seeking an evaluation with a psychoanalyst or a psychoanalytically-oriented therapist. These intensive treatments allow individuals to develop the requisite trust to deepen their understanding of themselves so that they can make real and enduring changes. Inability to afford treatment should not be a deterrent as there are a plethora of low fee services in the Greater Washington area.

Why do some people have profound difficulties with commitment while others seem to embrace it? True commitment can come about only when one has a clear sense of oneself. That is, a person knows who they are and what they want and need is more available for a committed relationship. Many single people intuitively recognize this and choose to work on themselves prior to entering into a committed relationship. Also, a committed relationship isn’t for everyone. Some who know themselves well find it deeply enriching to take a solo flight. The key here is: just as individuals can remain un-partnered as a way of avoiding a host of painful experiences, they can marry or partner for a host of defensive reasons, such as avoiding aloneness or self-discovery. Self-understanding can help one to recognize when marriage or partnering is a growing experience and when it is a way of avoiding knowing oneself.

Can people who have a fear of commitment or a fear of intimacy be helped?

Yes. However, the path is not always an easy one. To overcome a fear of commitment are person must, ironically, commit to intensive psychotherapy or psychoanalysis.  This isn’t easy because the person’s natural instinct when relationships become challenging is to, “head for the hills”. Inevitably, the individual’s psychologist or psychoanalyst will disappoints them. And, their impulse may be to bolt. If they are able, to stick around and talk about how angry, disappointed, hurt or abandoned they feel, they may be able learn about what makes committed relationships so difficult – and, over time, therapy may help them to have a sustained, intimate relationship.